Myth:  You get more exercise when you travel than in your day-to-day routine at home.

To be fair, this depends in part on your daily activities back home.  Carolyn and I were both certain that being on the road, day-in, day-out, would be a huge calorie burner.  The reality has been somewhat different:  getting from point A to B often involves a bus, train or plane, which equates to sitting on our collective butts for hours on end.  City walking tours have been great, as have the odd trekking sections of our journey.  We’ve sought out bicycle excursions, only to be foiled by lack of child-sized bikes.  My morning runs are not always possible while on the road:  I’ve been thwarted by climate, pollution, city geography and wildlife.  (The open areas around our safari camps in Botswana, for example, were extremely enticing for a nice, long run.  Until our guide pointed out that lions are attracted to moving prey, and we could hear them around camp.  That was the end of that.)  Carolyn had only a few weeks’ gym membership when we lived in Peru briefly, and Cooper gets nowhere near the amount of daily physical activity that a twelve-year old requires.

So we have come up with a different strategy.  We are indulging in fitness avoidance training, otherwise known as getting F.A.T.  Getting F.A.T. has proved far easier than other forms of activity we’ve engaged in over the years.  I have further found that my diet of new, rich exotic foods meshes perfectly with this training regimen.

Some of you may have reservations as to this approach, but it builds character.  Pounds of it.  The end goal is to lose all remaining doubt and become uncommonly tough travelers.  (This is also known as L.A.R.D.B.U.T.T.)

At our current rate, in our remaining months on the road we are sure to continue getting F.A.T., which will result in L.A.R.D.B.U.T.T. for each of us.  Don’t look too closely at the pictures. 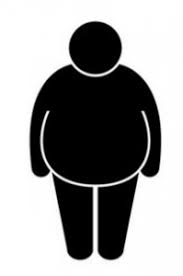