Spiders and Centipedes and Scorpions, Oh My!

We’ve spent the past week on a self-drive camping safari.  Armed with a 4x4 'bakkie' (a double cab truck with rooftop tents!  See Cooper's post above for pix) and a battery of rented camping gear, we ventured forth to explore the wilds of the Kalahari in northern and western Namibia.

We’ve added to our Botswana sightings of elephants, zebra, wildebeest and giraffe, and were hugely excited to view several rhinos, completing our set of the “Big 5” (the five most coveted animals that visitors strive to see:  elephant, lion, rhino, leopard, buffalo). 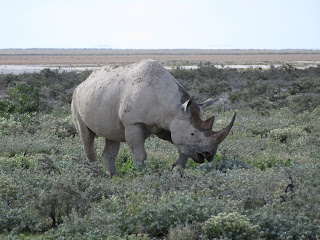 We spent a fascinating morning with a Himba tribe at their remote village, learning their customs and daily routine. 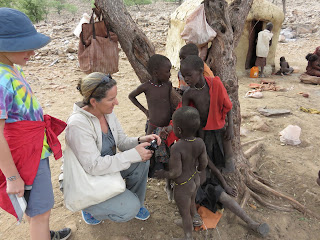 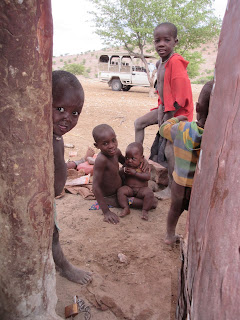 One of our self-drive campsites stands out in particular.  (It was Cooper's favourite, as he mentions above in his post.) The desert region southwest of Etosha National Park contains an area punctuated by outcroppings of huge, smooth boulders.  It’s as if giants used the place for a game of marbles, left them all behind, and went home (this based on the fact that we saw no giants during our stay).  The designers of Hoada camp cleverly incorporated the unique natural features into their fully-plumbed sites.  You meander through house-sized boulders to your outdoor shower.  Our private, outdoor, flush toilet was nestled between two similarly huge stones. The camp even included a small swimming pool situated – you guessed it – amongst prehistoric mounds of granite. 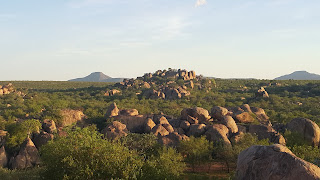 One unexpected feature of our site was the nighttime critters brought out by the combination of rock and desert sand.  Cleaning up from dinner one night, a massive centipede skittered across the ground of our eating area.  It was followed in short order by a large and aggressive spider, with a creepy yellow colour.  After the first quick glance, Carolyn asked Cooper if he was sure it wasn’t a scorpion, to which Coop replied: “No, it’s a spider.  That’s a scorpion over there.”  Sure enough, resting directly on the path to our tents was a giant scorpion.   We were very happy with the fact that our tents are on the roof of our 4x4. 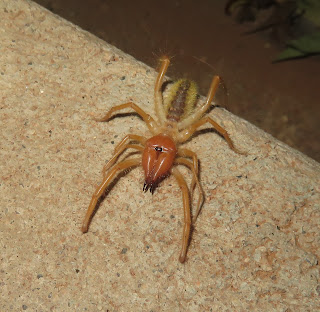 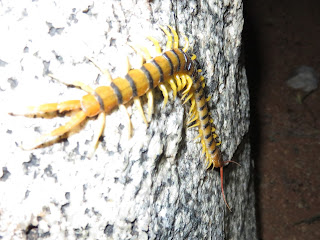 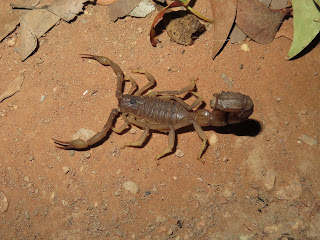 The geography of Namibia continues to surprise and impress us.  We’ll shortly be driving south through the country and into South Africa, where we are looking forward to spending time in Cape Town.


Click here to see the rest of the pictures from our world trip so far: Trip Photo Album